Ever since seeing the U2 Concert Film at Sundance, I’ve rekindled my affection for 3D… which is why I am particularly I’m excited that YouTube added the ability to support 3D video content.  Hopefully as their content library grows we will get to see videos that really take advantage of the technology like these YouTube Tests:

Waltz of the Flowers

Important question: Where does one get a pair of those blue and red 3D glasses? 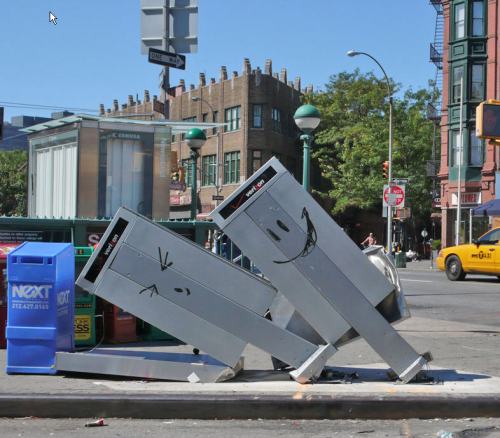 Pretty much every brand executive has heard of YouTube.  Most don’t really understand how it plays out in the cultural landscape but have read enough to understand that they should… and that their jobs might actually depend on that understanding.  But I digress…

One fun YouTube execution that I just found is for the promotion of Batman: The Dark Knight in the Brazilian market.  The marketing team has uploaded trailers from famous Warner Brothers movies (The Bucket List, No Reservations and I Am Legend) which have been edited and ridiculed by the Joker, to show his disgust with the company.  The best part is that they have been uploaded under the user name “haahhahaa” and all contain a phone number that when dialed plays a recorded message from the Joker himself. 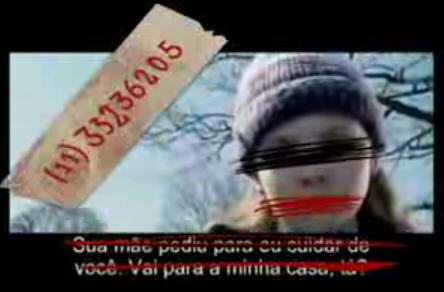 My sixth installment of All Things English…

Tim Soong wedding plans were wrecked after British Airways managed to lose his luggage which included his and his best man’s suits, and the bride-to-be’s wedding dress.  As if that wasn’t  bad enough, BA continued to add insult to injury by not offering an apology or compensation for their error

He got revenge by posting a covert music video on YouTube that pokes fun at the travails of British Airways £4.3 billion new home at Heathrow with its delayed flights, long queues and faulty lifts.  The video has since become a runaway success and the song, which is likely to be released as a single, is getting repeated plays on London radio stations.

Any traveler can appreciate these lyrics:

The news ain’t good. I’m stuck in a queue. After 15 hours, it still hasn’t moved. They lost all my bags. They lost my wife too.

I asked an official what’s going on but she didn’t seem to know exactly what’s wrong – something about robots and a luggage machine.

And did I know this building was opened by the Queen?  Well that’s really interesting but I should be on holiday in Italy – Vespas, ciao and fettuccine.

The debacle which followed the opening of Terminal 5 last month has also spawned an Internet game called Terminal Panic in which Willie Walsh, the airline’s chief executive, tries to load bags onto the carousel without being hit by a luggage trolley. 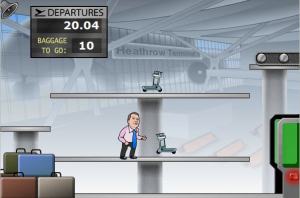